Saturday afternoon’s most recent Tim and Sam  fishing adventure started out fantastically and took a turn to the epic as the sun set into a moonless dark ass night,, and we were deep in the back breaches if the 10,000 Islands hooked up with a lifetime dinosaur of a fish.

The day started in Marco with a loaded baitwell and a 12 foot cast net loaded with 10,000 small pilchards stuck up to their gills….I loaded that 75 pound mess into the front hatch and we headed south, ready to fish the last coupla hours of the outgoing and then an hour of the incoming and head back at dusk.
So we roll back to the first stop, we both toss out baits and Sam gets thumped and misses.  I get a thump, and the line is tearing towards the boat as fast as I could reel, until it stopped right behind the boat, reversed course, and a 50 lb tarpon explodes in the air right in our faces…10 minutes and countless jumps later, it succumbed to my lip-lock , and the ultralight 2500 reel and 30 pound leader.  The day was out of the gates like a nuclear powered Delorean.
Then as quickly as the day started, it turned into a catfish and big snapper fest.  With Sam catching the catfish, 10 over the ne t 2 hours, and me catching fat snapper at a similar rate.   Then the small snook bit for a while, and the tide slowed to a stop.

We moved into a jewfish and big snook hole, with the tide just starting to come in and set up shop…Sam again, immediately got whacked, drag screeched, and cut off in the funk.  I tossed in a small pilchard on my tiny rod again on the other side of the snag filled hole.  Thump. Set the hook. Heavy weight, slow drag, then screaming drag…big snook or jewfish as I lamented my little rod choice.  Then like a frikin hippopotamus dropped from a plane, an absolute giant of a tarpon explodes onto the mangroves, then another jump, and another jump, and we have a prehistoric freak on the end of a 30 pound leader.  Every time it jumped, it utterly displayed the power and awe that separates it from every other fish…that giant head and maw were incredible as it shook them over and over like some sort of big metal water bucket.  It was so out of scale with everything, as it threw its body into the air, with no regard for the trees or the sandbars in the skinny backwater corner of water.  On 15 lb test, and a 30 pound leader, with a 1/0 Gamakatsu that would not let go  The battle was on, 7:15pm.

The tide was still super low.  And the fish opted to drag us across a mile of foot deep shorelines, oyster bars, mangroves, and open bays.  All no deeper than 1 to 2 feet.  Meanwhile the two worst photographers and videographers in Naples, are trading our phones back and forth as we took turns fighting the tarpon as we realized that it was somehow, somehere, hooked perfectly, to keep the leader from chaffing.  Tiny hooks are awesome.   We made one awful video, after another, and a 2nd phone died.

Now, we are entering hour two, as the sun set.  We followed that damn beast across Pumpkin Bay, back and forth, dodging snags, churning mud, grinding across bars, and begging it to just stop and let us hold it.

As the sun set, the water was gorgeous, and wildlife was everywhere.  We were alone in the frontier, with a creature that was probably here when Fakahatchee Island was still a thriving community in the 20s.  Buried in mosquitos, no spotlights, 2 dead phones, and a dying one, we hung on to the monster  like an annoying tick.  Every now and then it would just explode into a 50 yard run, and a jump, and then, back to the slow motion grind with that relentless tail pushing it along.  Every time it gulped, it seemed to get closer and closer to submitting only to rip back off, and start over again.  Now we are in the black.  NO way either is going in for a pic if we land it.  Another gulp, head shake, and it suddenly turns and is under the boat, in the shallows.  Yell at Sam to stop the boat. Without warning, it just lays up on its side and submits.  I drop down, grab the leader and its bottom jaw and the deal is done!  We were both staring in disbelief, when it made one last shake, the hook popped from wherever it was, and he yanked away from my shaky grip…no pic, bittersweet, exhausted, that feeling of winning the championship,  but someone forgot to give us the trophy.  But we have the memory, and you get the story.   9:28pm.

Now, how in the hell do we get out of here.  Mouth of the Pumpkin River, in the black, back to Goodland.  He’ll, that’s actually the fun part, as we cranked up the Stapleton, and glided quietly, nav lights off, through the maze.
Let’s hope some of these crappy videos, and my exclamatory reactions to the jumps, will help show the beast for what it was.

Below are a couple of links you can click on to see some of our bad videos of the excitement! lol

When that sweet Friday evening on the water turns

Three days in a row, funsized tarpon each trip...

Sometimes all it takes is a sweet Sunday afternoon

When one of your first fishing clients calls on a

Pete, Christy, LP and Willie have been fishing wit 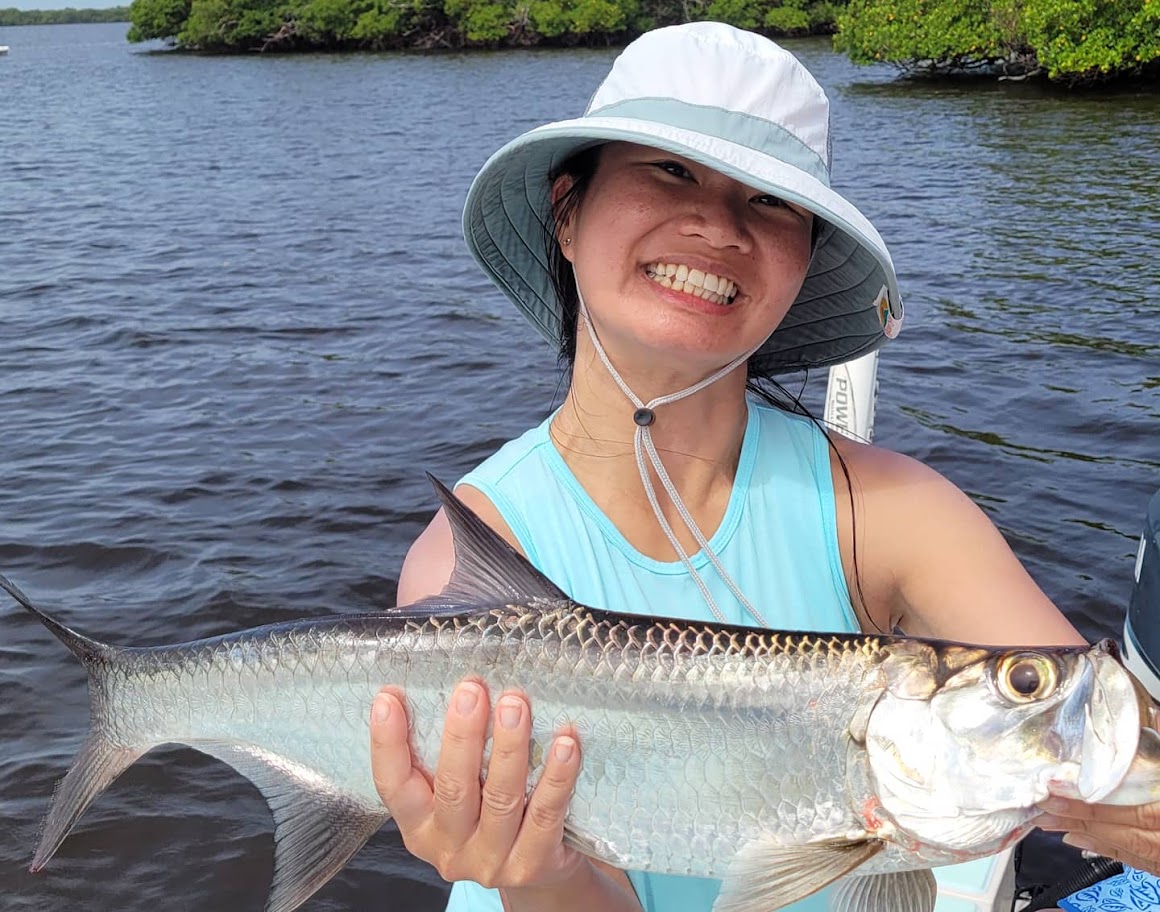 The tarpon fishing is awesome!

The fun size tarpon bite has been red hot the past few weeks with up to several hooked and landed every trip. And the coo...
Read More 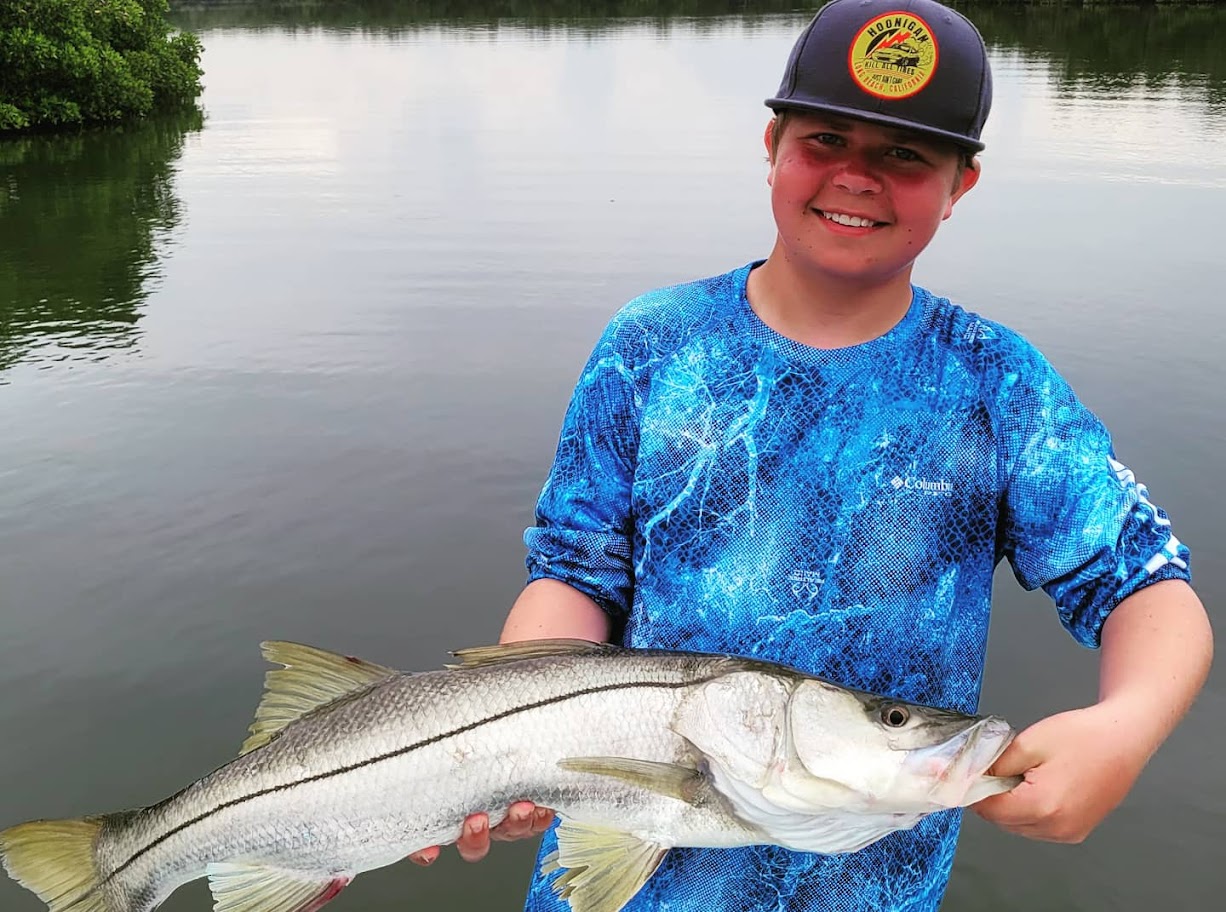 Old friends and family fishing fun for snook and redfish!

I always get excited when old college buddy's call me up and wanna bring their kids out fishing...I especially get excited...
Read More
239-821-9375 Book online now!