What do captains do on their time-off? They fish tournaments, of course. This captain is one of the only Naples people that gets invited every fall to come up and fish a special tournament in a very special place, called the Cabbage Key Open. It has been a staple of late fall since it started in 2002, and is always filled with big fish and big laughs. The tournament is based on idyllic Cabbage Key, a magical little slice of Old Florida nestled between Useppa Island and Cayo Costa, in the northern reaches of the Pine Island Sound, there is just no better venue for a big fish event. The island closes down each night to just fishermen as well, which only adds to the experience.

The Southern Gentlemen Fishing Team, Captain Tim, and his good buddy Chuck, have always hovered around the Top Ten in the standings, but always seems to miss out on the giant redfish the local pros always manage to find.

So this year, the goal was simple. Focus on the giant redfish, and where else in the fall up there, can you find giant redfish, but up around the edges of the Boca Grande pass, around the old dock and pilings on the north end of the pass.

We literally sat in the same area all day long, and it paid some real dividends. The two biggest redfish caught in the tournament! We also had several shots at some really nice snook that would have won it all! The bait we used were large pinfish. We caught the fish on a Calcutta 400 reel. The line loaded with 50# Braid. The rod was a stiff St Croix Legend Baitcasting rod. Leaders were 40# Flourocarbon.

If you ever fish with me, you will hear it over and over. “Always fish every cast like the fish of a lifetime is gonna bite!” Right up till the absolute last cast. Well, that’s what happened Saturday. On the last bait, and the last cast, I could feel the pinfish bouncing gently through the crusty pilings. As usual, I would give it a bump or a hop. As it got to the last piling, I felt that solid thump. I set the hook hard and up came a raging mad orangish pink monster. That monster ended up being the tournament best redfish! We had to drag it out of the pilings into the open with the trolling motor. 25 minutes later it was it the boat!

We finished in 5th place overall, biggest two reds caught, and would have taken 2nd ( cool $2400) in the Calcutta. Unfortunatley the cheap captain did not roll the dice and gamble $300 on his team. Hard to do when you are from Naples, fishing against such stiff competition on their home turf. Next fall, I have a feeling we will be dropping the extra money! However, to go up in the back yard of some of SW Florida’s top fishermen and sneak out with the tournaments biggest redfish feels like a win! 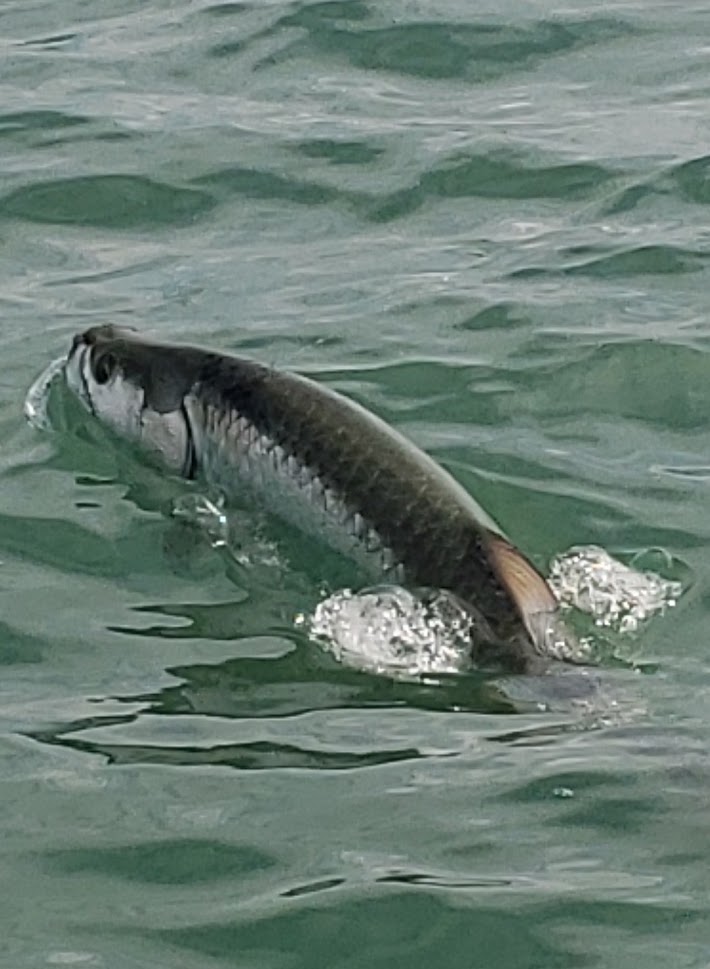 Tom's 130 pound tarpon making one last jump nest to the boat before we landed it Captain Tim landing the big tarpon ...
Read More 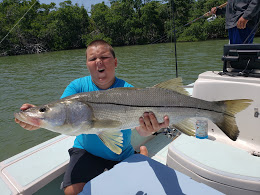 Had a great morning with Jeff from New York, sight fishing the banks and mangroves near Marco, and Keewaydin for some stout sn...
Read More

We fished big live threads today and lost a couple giant snook early early in the incoming tides. Since the bait we were usin...
Read More
239-821-9375 Book online now!