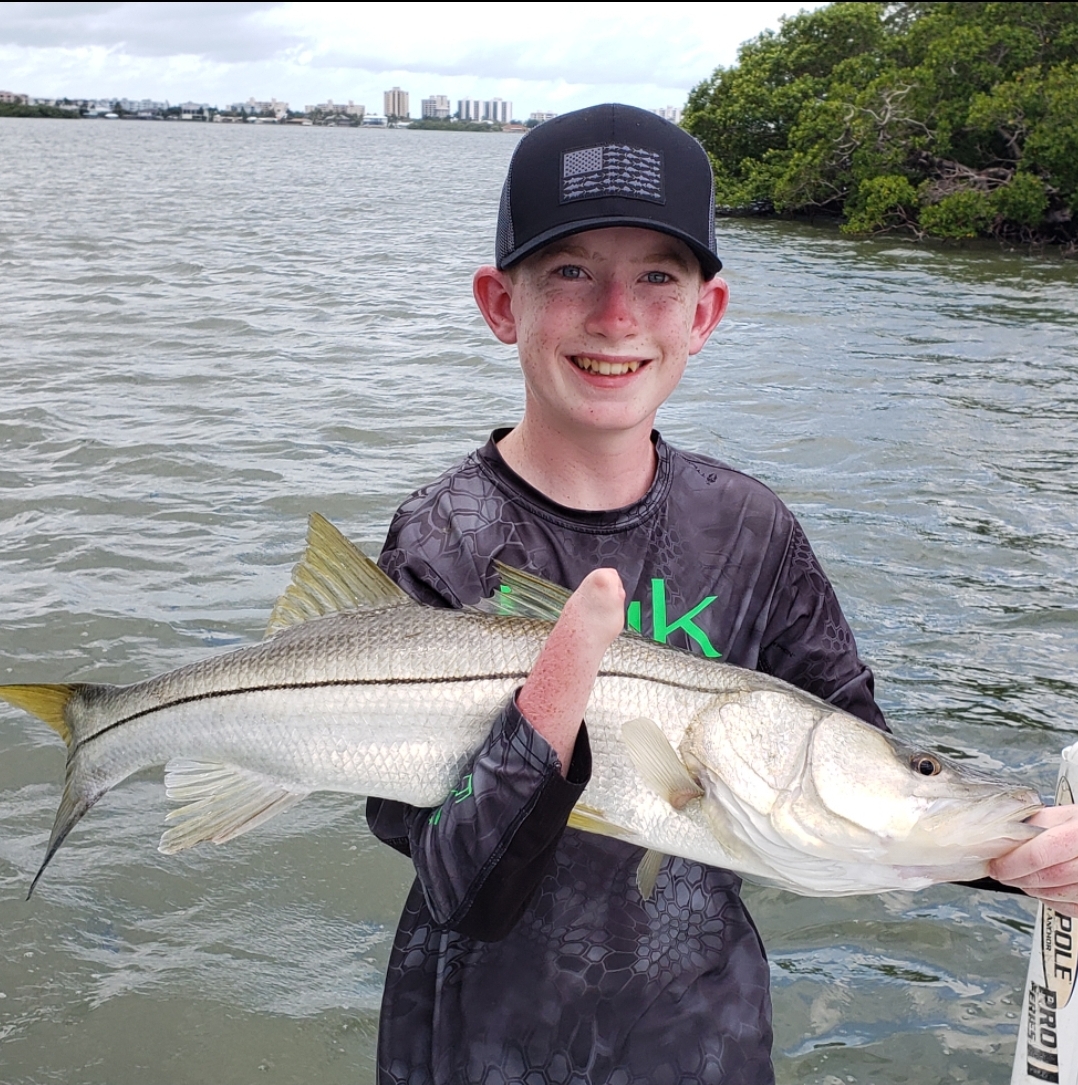 Johnny, brought his dad, brother Uncle and cousin out on Estero Bay today, and after the typical Estero Bay bait struggle, watched this kid put on fishing show with the magic touch on his first cast, and then some really nice snook in the mangroves on cutbait, later. After catching a handful of pinfish in the grass on the flats, we moved back into the bay and fished some lone oyster bars. The kids started hammering on smaller snook, and as the bite slowed down, I noticed schools of mullet circling the bars. A couple of castnet throws later, we had a nice livewell full of big mullet.

Now these mullet were a little too big to fish in the mangroves with, so I decided to cut them into big chunks. Boom, Johnny hooked the first nice snook, and we wrestled it into the boat for a pic. 10 minutes later another one of the boys hooked an even bigger snook, but this one got away. And then right on cue, Johnny hooked his biggest snook, and battled it boat side, and into the net for another nice picture. This pattern has held true the entire 2nd half of the summer as the water keeps getting hotter, the fish don’t want to burn much energy on food. Nothing moves slower than a nice FRESH piece of cutbait drifting along or sitting on the bottom. Its hard on us live bait aficionados to do, but cutting up a perfectly fine live bait into big chunks is paying huge dividends